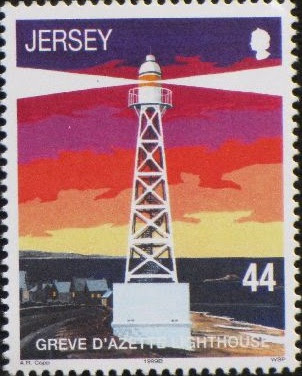 The Grève d'Azette Lighthouse is located on a coastal road about 2.5 km South-East of St.Helier of the Jersey Island. 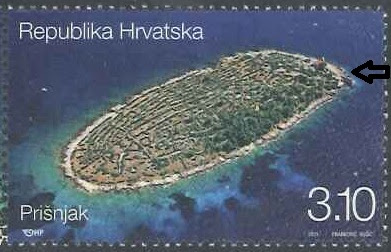 The Prisnjak Lighthouse (shown with an arrow mark) is located on a small island off the North-West end of the much larger island Murter archipelago.  The island is special and diverse as it is covered by pine, oak and wild olive trees and curative plants.  North-West from Prisnjak, there are in sequence of islets Murvenjak, Visovac and Maslinjak.  The people from Murter during centuries sailed for fish in this channel.  The Lighthouse Prisnjak marked the returning route for the people.

The glass dome in the Lighthouse building reflects the sun rays miles away and the seafarer used to say that it lights also by daylight.  Old, mechanic light mechanism was changed with automatic technology in 1990.   Presently, the Lighthouse was renovated as tourist apartment.

The Prisnjak Lighthouse is one of the most visited lighthouses on the Adriatic Sea. 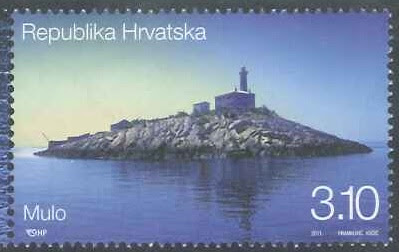 The Mulo Lighthouse is located on a tiny island about 5 km South-West of Rogoznica.  Mulo from North is surrounded by several islets and shoals that were also the reason for building the Lighthouse.  The strong beam of light from the Lighthouse, caused the night traffic in the Adrian Sea to move further to the South, into a safer corridor, away from once perilous shoals and cliffs.

The mole was built on the North coast and is thus sheltered from South winds.  When Bora (a Northern to North-Eastern Wind in the Adriatic Sea) started to blow, the lighthouse keepers used to lift the boat into the storehouse.

The last of Lighthouse keeper retired in 1999.  Now, the Lighthouse is deserted with empty building. 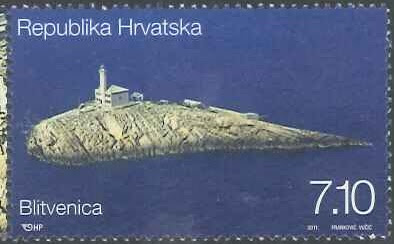 The Blitvenica Lighthouse is one of the several very isolated Croatian Light Stations in the Adriatic Sea.  The construction of the Lighthouse was very slow.  Rough sea and the unsuitability for landing and unloading building material have prolonged the building.  Also, it is impossible to disembark on Blitvenica when one wishes; it can be done only when the sea "permits" it.  Sea currents are strong and dangerous because of great depths around Blitvenica.

The Lighthouse was automated in 1990. 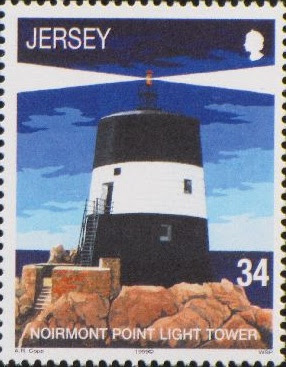 The Noirmont Point Lighthouse is located on a rocky point just off-shore at the Western end of St. Aubin's Bay on the South-Western coast of the Jersey Island. 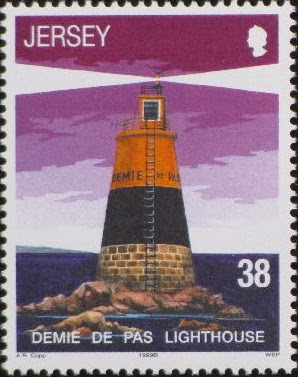 The Demie de Pas Lighthouse is located on a rock off the Harbour of St.Helier on the South-East coast of the Jersey Island.

In 1984, the color of the Lighthouse was changed from its original White color paint.  Also, in the same year the original lantern was removed with the present one. 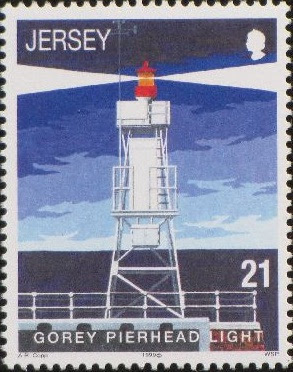 Gorey, a village in the parishes of St.Martin and Grouville on the East Coast of Jersey. Gorey is one of the three main harbours of Jersey.  The position of Gorey as the closest strategic mainland point to the Cotentin Peninsula of France.